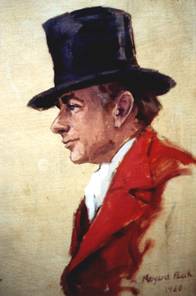 This covers general horse and stable management, feeding, exercising and the ratio between these two.

You are what you eat and this applies to horses as well.

Horses evolved from his ancestor Eohippus (55 million years ago) to live on high fibre grasses and herbage. Up until the end of the 19th Century, he still had access to this diet, both in fields and hay and when needing more energy, i.e. when in work, simple food, like oats or barley were available. Sadly, since then, farming has been forced down the intense scientific route and particularly in the last 30 or 40 years. So now, instead of a field having 50/60 varieties of grass and herbs, it is likely to contain only 5/6 varieties, and they are treated chemically.

Your next problem: The horse is a herbivore and yet modern equine nutrition is developed from cattle science (of course, when you have all this equipment and various ingredients and an expanding second market staring you in the face, the explosion of numbers of horses kept by the human population; go for it!). But the cow is a ruminant.

The horse is a physical performer. The cow is not. Also the horse lives to a far greater age than the cow and therefore potential problems have more time to show in the horse than the cow. Because the horse food industry developed out of the agricultural industry, they offer compound feeds which make extensive use of bi-products and other inappropriate materials such as synthetic vitamins, synthetic products and molasses which the horse has not even evolved to eat.

Manufacturing standards were adopted which relied on chemical analysis, rather than on trying to achieve optimum nutrition, by using materials which the horse has evolved to eat. Most modern compounded feeds are formulated according to the theories of comparatively narrow, inappropriate, scientific disciplines.

My advise - bin all compound feeds in your midden and never feed sugar beet.

Feed organic hay, oats, barley. You are free to choose !

For further reading, contact the British Association of Holistic Nutrition and Medicine.